;
Latest News :-
Dr. Dalia Abul-Majd: Sports tourism is a wealth of investment
Art exhibition "Forever is Now"
Cairo Bike Project in Cairo
Statue of the goddess Isis recovered from Switzerland
Photo exhibition about Egypt and Mexico at the National Museum of Egyptian Civilization in Fustat
The Ministry of Tourism and Antiquities participates in the International Tourism Exhibition IFTM TOP RESA in Paris
The Ministers of Tourism, Antiquities and Local Development and the Governor of Cairo inaugurate Hassan Al-Roumi Corner in the Khalifa area after its restoration 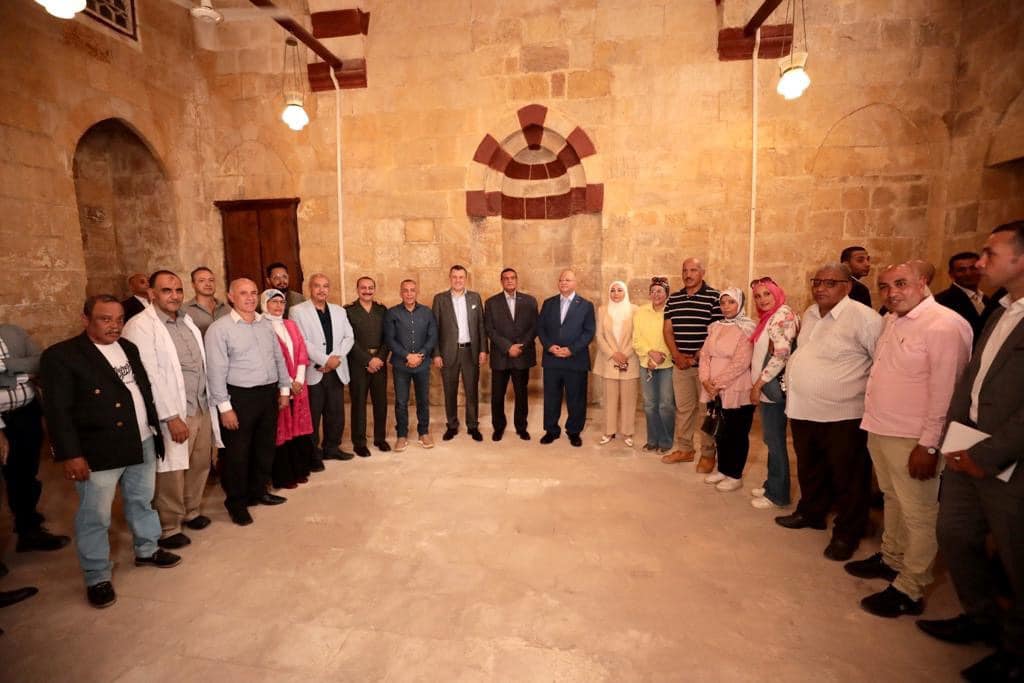 Dr. Dalia Abul-Majd: Sports tourism is a wealth of investment

Statue of the goddess Isis recovered from Switzerland

Articles Recent News The Ministers of Tourism, Antiquities and Local Development and the Governor of Cairo inaugurate Hassan Al-Roumi Corner in the Khalifa area after its restoration 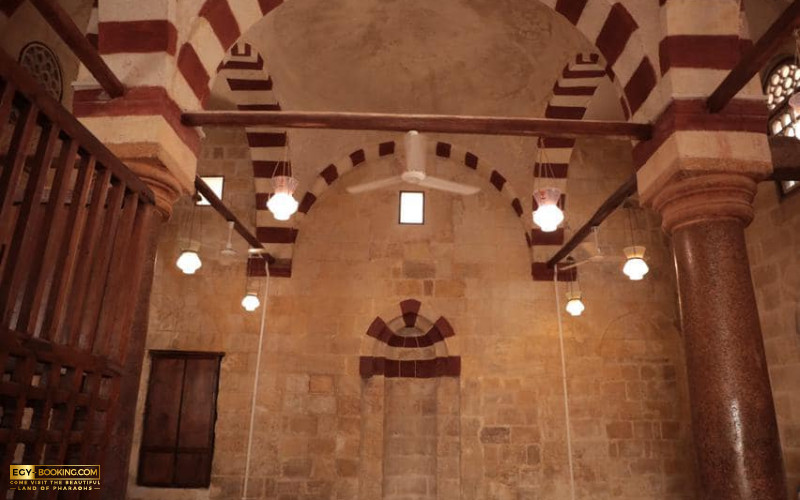 After completing the opening of the Virgin Mary tree, one of the itinerary points of the Holy Family’s itinerary, Mr. Ahmed Issa, Minister of Tourism and Antiquities, Major General Hisham Amna, Minister of Local Development, and Major General Khaled Abdel Aal, Governor of Cairo, went to the Caliphate area to inaugurate the Hassan Al-Roumi corner, after completing its restoration project, development and upgrading of its efficiency.
They were accompanied during the opening by Dr. Mostafa Waziri, Secretary-General of the Supreme Council of Antiquities, Mr. Ahmed Obaid, Assistant Minister of Tourism and Antiquities for the affairs of the Minister's office, Major General Hamza Darwish, permanent representative of the Ministry of Local Development, Ambassador Mohamed Hegazy, Advisor to the Minister of Local Development for International Cooperation, and Brigadier General Hisham Samir, Assistant Minister for Antiquities and Museums Projects, and Dr. Osama Talaat, Head of the Islamic, Coptic and Jewish Antiquities Sector at the Supreme Council of Antiquities.
During the opening, the two ministers and the governor visited the corner and listened to an explanation from Mr. Atef Al-Dabbah, Director of the Technical Office of the Secretary-General of the Supreme Council of Antiquities, about the restoration and development work that took place in it.
Dr. Mustafa Waziri explained that the opening of Hassan Al-Roumi’s corner today comes within the framework of the Ministry of Tourism and Antiquities’ keenness to develop and restore archaeological sites of various historical eras, noting that the corner as a whole was documented from inside and outside before starting the restoration work, and Then, the work of cleaning and tarnishing the aramis began on the main facade, the southwestern facade and the corner from the inside. Residues and dust were removed and lifted on the southern side, where the side door was revealed during the works. then starting the work of cleaning and painting the facade of the Aramis. The main, southwestern facade, and the corner from the inside. Waste and dust were removed and lifted on the southern side, where the side door was discovered during the works.
It also included the restoration of the windows in the mausoleum, the cleaning of the wooden door at the main entrance, the removal of salts on the internal stones, as well as the restoration of the existing plaster windows, the treatment of cracks that were present in the domes and the completion of the missing stones in the floor. Complete insulation of the corner surface to protect it, and paving the inner corridor of the corner with marble tiles.
The Zawiya of Hassan al-Roumi is one of the archaeological sites registered as Islamic antiquities since 1951. It is located on Sikkat Al-Mahajar Street, branching from the Citadel Square, near the Archives. Its establishment dates back to 929 AH / 1522 AD. It was built by Khayir Bey for Sheikh Hassan al-Roumi. Its area is 10 m x 9 m, and it is divided by two columns in the middle into six spaces; The roof of the corner varies between shallow and vaulted domes, and there are two rows of windows on the eastern, western and southern sides of the corner, and in the middle of the mihrab is the qibla wall, which is a simple mihrab. It has a window that opens in the main northwestern external facade, and in the middle of this facade is the main entry door of the corner, and an iron chain was hanging from its middle. The angle is also known as the angle of the column.