;
Latest News :-
Evening at Marina Port Ghalib (Tourist Walk)
Website and mobile application.. Innovative promotional methods for the Grand Egyptian Museum
Launching the official service website of the Ministry of Tourism and Antiquities
The Supreme Council of Antiquities completed the restoration of the gold shrine at the Temple of Habu on the western bank of Luxor Governorate.
The National Museum of Civilization organizes a workshop on the art of omya
The Parade Of The Royal Mummies From The Egyptian Museum In Tahrir To The National Museum Of Egyptian Civilization In Fustat
Your Bike Your Income Project Between The Arab Sport Marketing And Investment Association And The Egyptian Ministry Of Youth and Sports.

The Supreme Council of Antiquities completed the restoration of the gold shrine at the Temple of Habu on the western bank of Luxor Governorate.

Articles Recent News The opening ceremony of the fourth pyramid on the Giza plateau, "The Grand Egyptian Museum," VIP, with 10 thousand dollars! 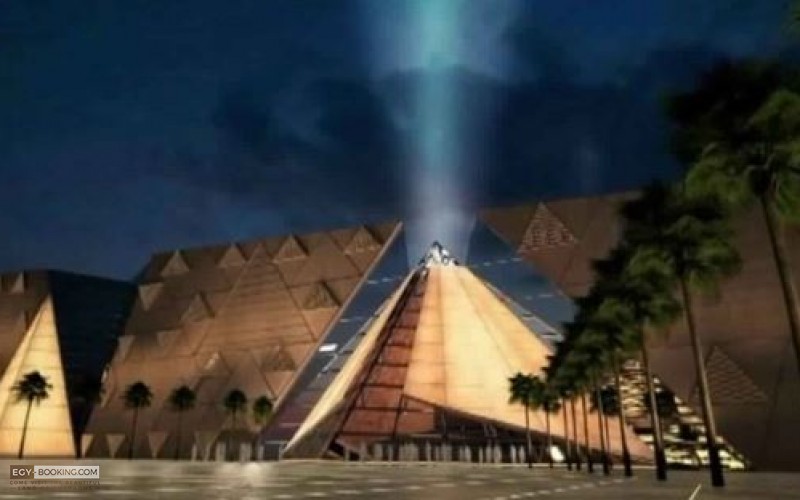 The ceremony will last 12 days and will be remembered by the VIP at $ 10,000
An invitation has been sent to attend the kings and heads of the world to attend the most important event of the largest cultural engineering masterpiece in the twenty-first century
Celebrations that last for 12 consecutive days begin with the first day that world leaders will attend.

From the second day, celebrations will continue in the presence of businessmen, heads of major companies and senior officials of world countries, with attendance tickets ranging from 10: 5 thousand dollars.

After the last day, the museum opens its doors to citizens and tourists with "entry tickets that have been previously shown". More than 20 international companies set the scenario for the huge ceremony, and during the next period they will present their visions to the specialized committee and the 5 most innovative companies will be selected to carry out the ceremony

An opera modeled on "Aida's Opera" under the name "Tutankhamun's Opera" is being executed in partnership with Egyptologist Zahi Hawass and the famous musician Zambone and the well-known Italian screenwriter Santocono. And it will be shown in various stages of the opera of the world after the opening, the show includes the story of the life of the most famous Egyptian king of all, Tutankhamun and his relationship with his father Akhenaten, then the role of his father Nefertiti and the role of King Horemheb in the elimination of the Athenian family, Zahi Hawass leads a dramatic epic to a true story that lived on land Egypt will write for the new international play and will take the spotlight from the show "Aida Opera", which was written by the French "Auguste Marietta" specifically for the opening ceremony of the first Suez Canal in 1871 AD by order of Khedive Ismail.

Screens are being rented in the largest fields of the world to promote the concert and the new museum, with advertisements posted on the local and international media, and an agreement has been made with the major advertising and advertising institutions in the world with the Ministry of Tourism to cover the ceremony, most notably the American network of CNN and Discovery channels.

It is noteworthy that the Grand Egyptian Museum will be inaugurated at the end of 2020, and it is the largest of its kind in the world at a cost of one billion dollars. It will contain 100,000 unique antique pieces from the history of Egypt whose civilization is the greatest of civilizations on earth, and the museum is Egypt's gift to the world and all humanity.

The New Egyptian Museum puts Egypt on the "Insider" list. Meanwhile, Egypt is on Insider's list of the "12 tourist destinations you should visit in 2020". The site pointed to the new Egyptian Museum, scheduled to open next year, at a cost of about $ 1.1 billion, as one of the most important reasons for tourists to place Egypt on their travel plans. It is expected that the new Egyptian Museum, upon its opening, will be the second largest museum in the world, and the largest museum in the world dedicated to one civilization.